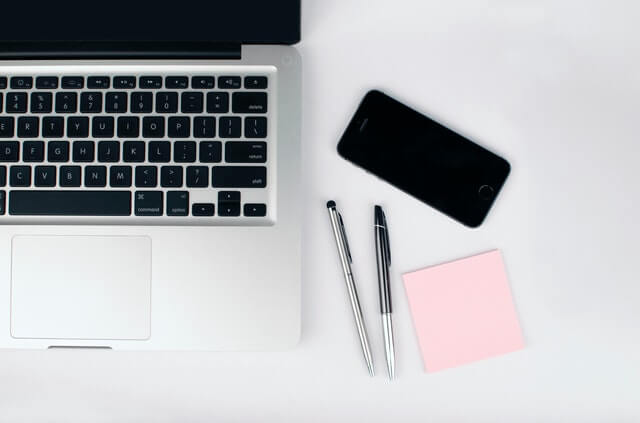 So, where do ideas come from? Divine intervention? Fortune cookies? Sure, why not! For me, and more often than not, ideas come when I’m out for a run with the dog or while the shower! Studies have shown that ideas in the shower are a very common thing. Don’t believe me? Well Google shows 639 million results for the phrase “Why people get their best ideas in the shower”

Okay, you have the idea that shall take you to the top of the speaking stages. Awesome! Now what?

The Capture
I highly recommend you put some capture method in place. It doesn’t have to be fancy whatsoever. It can be analog or digital. Analog is perhaps the easiest with pen and paper.

Back in the day when I did standup comedy, I would write down the idea for a new joke on a Post-It™ note. Just the idea itself with a little context, not the entire joke fleshed out. I would then put that on my desk. Over the next week or so, I’d add more ideas, finally winding up with two rows of about 8-10 in each row. From there, I would review them, see if I could recall the spark and either toss them or transfer the keepers to my computer for future review and expanding on the joke.

But Adam, “I’m a digital person, and want to save the trees”. Understandable & I applaud you. My suggestion for you would be to check your purse or pocket! In case you missed it, your smartphone can take notes! Wait, there’s more. It can also record audio!

Remember my earlier comment, where I often have ideas while out with my dog. Sure I could take a pen and notebook with me, but I don’t. What I do have with me is my iPhone. So, when an idea hits me for something that I want to remember, I whip out my phone open the recording app and press record.

Recently I found an app called “Drafts” which has an Apple Watch app and allows me to be like Dick Tracy and speak into my watch, which then syncs to my phone.

For the record, before smartphones where a thing, I carried with me a digital audio recorder. I did this most often when I was living in Southern California and would be commuting and stuck in traffic.

The goal is to get it out of your head, as humans tend to forget things quickly. Trust me on this as I have a mantra that I often tell myself and I’m sharing with you as it may be helpful.

Real poetic, I know. But it has served me well over the years.

In part II of this series, we’ll talk about methods and tools to start fleshing out your sparks of inspiration.

Adam is a native of Southern California though relocated to North Carolina in 2017. He runs the WordPress agency, ConciergeWP.com, produces 2 weekly podcasts at KitchenSinkWP.com & The Get Options Podcast. In his free time, he speaks at industry events sharing his insights & expertise into all things digital. His latest venture is BackupSpeaker.com!